Ynys y Cewri -- "Isle of the Mighty," in Welsh lore -- has held many names throughout the millenia. The native Celts of the Bronze Age variously called their homeland Prydain, or Prydein, or Priten.

In antiquity, the Phoenicians of the eastern Mediterranean voyaged so far as the Atlantic Ocean. They sought valuable trade goods -- like tin, needed for alloying with copper to produce bronze. Ynys y Cewri is one candidate for the location of the Tin Islands, a secret the Phoenicians jealously guarded.

The Greeks knew of a great isle in the north, with white cliffs jutting high above the waves, which they called Albion. The Romans Latinized the native name and called the isle Britannia. 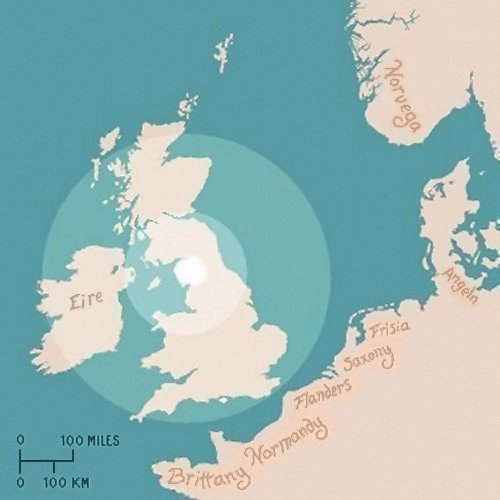 During the severe climate cooling of the Migration Period, "barbarian" hordes played a bullying kind of musical chairs across Europe. The Roman occupiers of Britannia pulled their forces back home, abandoning this source of lead and tin.

Germanic tribes from Angeln, Saxony, and other sites along the shores of the North Sea set their sights on the fair land across the channel, now devoid of legions. First they plundered and pillaged along the south and east coasts of Britannia, then they came to settle. Raiders from Eire did the same on the west coast. It wouldn't be long before norse raiders joined the fray as well, sailing from the Norvega and the Danmark. 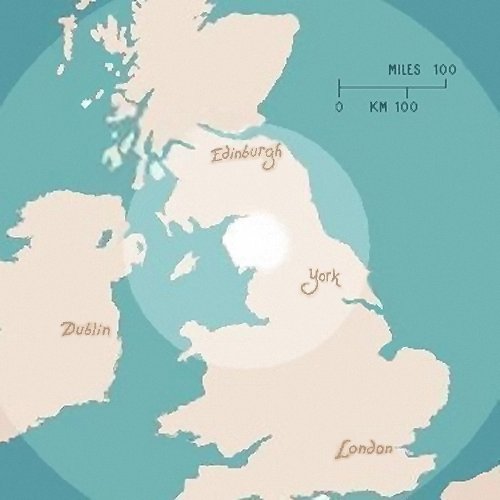 In the narrow neck of Ynys y Cewri lies the lands of the Brigantes, a confederation of Celtic tribes that had given the Roman overlords no end of trouble. The very word "brigand" may originate from these mountain-dwelling guerrilla warriors.

When the legions abandoned this province, the Brits resumed their former way of life. The Rome-appointed, Brit-born administrator of this district, the last Dux Britannorium, took the title of king. Coel Hen reigned from lands south of York northward to the Coed Celyddon -- The Caledonian Wood -- beyond Edinburgh. 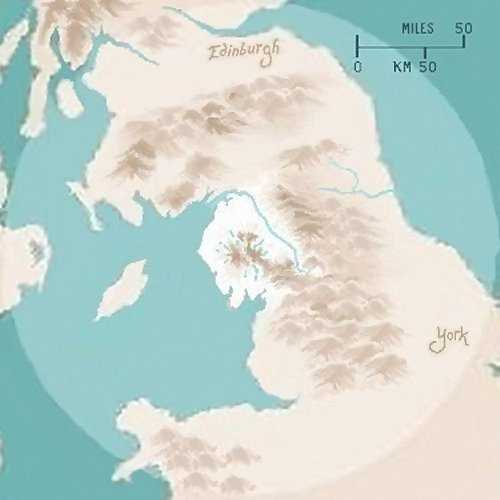 Coel Hen, or Coel the Old -- a historical old King Coel -- divided his realm among his sons, and they followed suit, until held sway across the midst of Albion.

In 560AD, Coel's great-great-grandson Cynmarc the Dismal ruled the kingdom of North Rheged, what is today known as Cumbria or the Lake District. He ruled from the old Roman civitas Luguvallum, known also by its far older Brit name of Caer Luel, the fortress of -- on the next map, shown near the top. 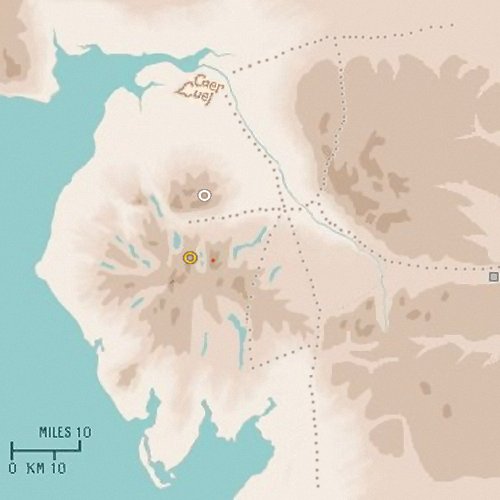 On the map above, dotted lines show the routes of major Roman highways. On the right side, halfway down, a gray square shows the site of the ruins of a legionary fortress guarding the Stainmore Pass.

The gold ring marks the site of a hillfort a mere bowshot from Raven's Crag, which overlooks Thirlmere Lake. The industrial revolution gave birth to Thirlmere Lake, at the damming of the dale's river. Drowned by this modern reservoir is the "city" of 10th century King Dunmail which stood on the shore of a much smaller lake, one of two in the valley.

The white ring -- ah, the white ring is pure fiction. Perhaps there once was a cave near that site, high on the flanks of Blencathra, but time changes the face of many landscapes. Perhaps gorse overgrows a hollow against a tumbled cliff face, hiding a threshold to a long-lost passage into the mountainside.